VeLABi was ceremonially opened by the NRW Ministry of Transport

The VeLABi was opened at DST by Dr. Hendrik Schulte, State Secretary in the NRW Ministry of Transport, on October 22, 2020. The ceremonial opening was accompanied by welcoming speeches of DST’s Institute Director, the JRF Chief Executive Officer, the Rector of the University of Duisburg-Essen, the Chief Executive Officer of the Lower Rhine Chamber of Commerce and Industry and the impulse speech by the managing director of DST. The outdoor reception gave the opportunity for discussions and exchange of ideas. Guests and visitors had the opportunity to take part in guided tours through the VeLABi and the DST.

The VeLABi provides all necessary infrastructure for R&D in automation of inland waterway navigation. High-performance computer clusters are used to develop and train KI-based control algorithms. A freely configurable control station in a ship handling simulator with a 360° 3D projection system, paired with VR and AR glasses, allows to study the interaction of autonomous and human controlled vessels, or serves as a remote operator’s control station. A control center with three workstations and an interactive mapping table is coordinating mixed traffic. In emergencies, the control center can also intervene directly and remotely control automated ships. In addition, four workstations for scientists are available.

VeLABi is a cooperation of DST with the University of Duisburg-Essen and the RWTH Aachen. Following the ceremonial opening by the NRW Ministry of Transport, VeLABi is now being used as a research infrastructure for a range of research activities such as the ongoing projects AutoBin and FernBin. 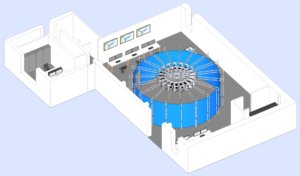 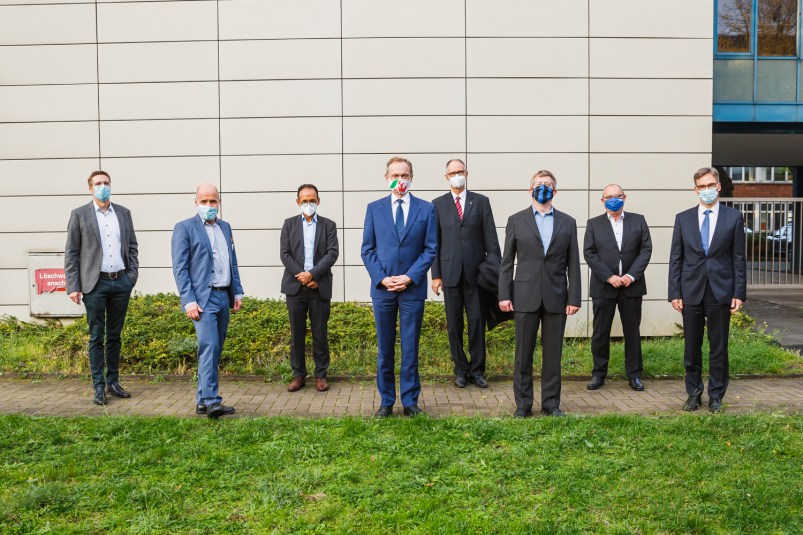 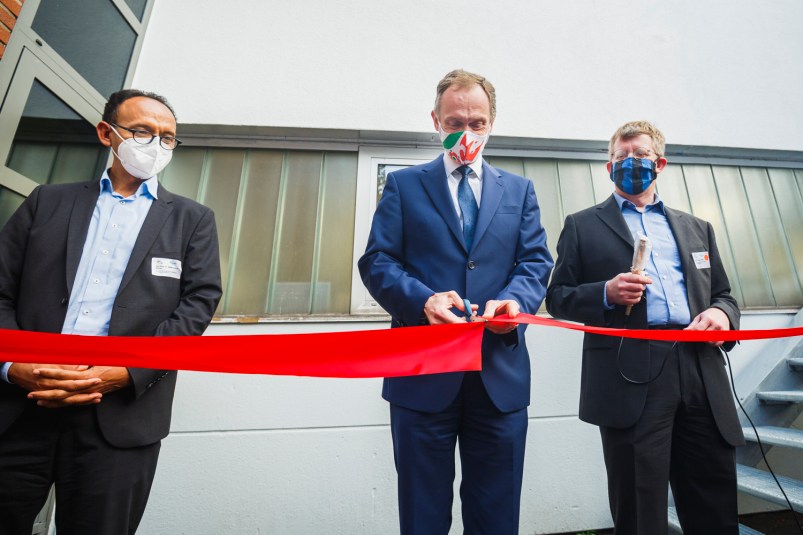 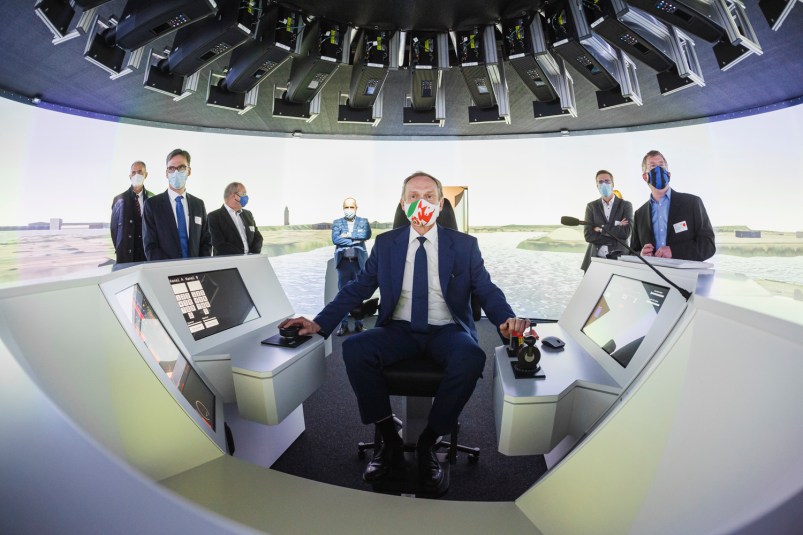 State Secretary from the NRW Ministry of Transport, Dr. Hendrik Schulte, at the VeLABi 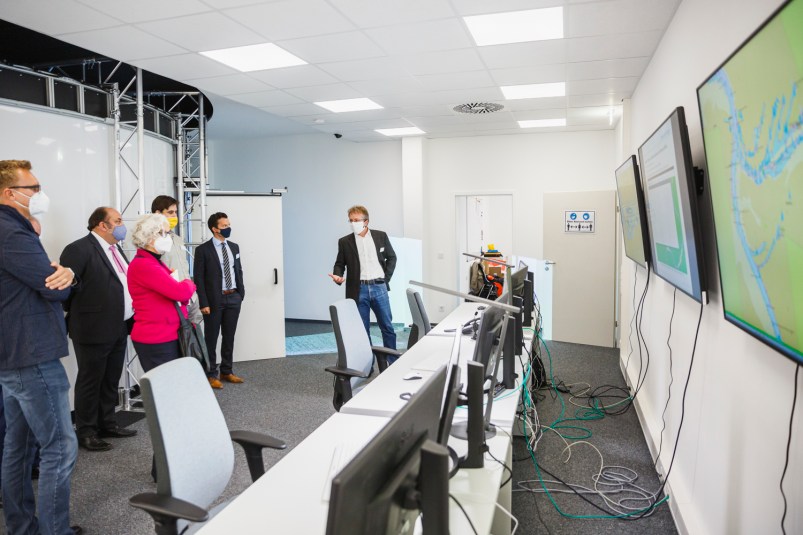 Guided tour through the VeLABi