HTA Hydro-Testing Alliance: An Alliance to Enhance the Maritime Testing Infrastructure in the EU

Hydro-Testing Alliance (HTA), a project funded by the European Commission’s Sixth Framework Program (FP6), was completed as a European Network of Excellence (NoE). The network aimed to facilitate the continuation of world leadership of the European hydrodynamic testing facilities.

The main interest was the measurement and analysis techniques that are in use for testing ship and offshore structure models in the test facilities of the institutes. Various groups of researchers had developed new technologies under the framework of Joint Research Projects (JRPs) of the HTA. For such new technologies, there was also a need for guidelines for measurement and analysis development and procedures for hydrodynamic and related structural testing. This would ensure uniform approach which could be adopted and implemented by the model testing institutions. Several activities within the HTA project were used to raise the awareness of the marine hydro-testing facilities and also to promote the industry to both male and female students and researchers.

The main objective of this alliance was to develop a formal and lasting structure to coordinate the definition and introduction of novel measurement, observation and analysis technologies for hydrodynamic (scale) model testing environments. The coordination of development, the sharing of advanced equipment and the dissemination of knowledge and guidelines aimed at a more integrated and efficient use of marine testing capacity within Europe. 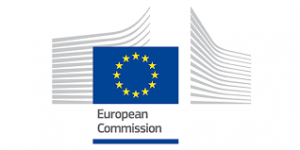