As part of the study “Inland Waterway Transportation in northern and northeastern Germany – Challenges and Opportunities” commissioned by Hafen Hamburg Marketing along with the Elbe Lateral Canal Alliance and the Elbe Alliance, the Development Centre for Ship Technology and Transport Systems (DST) has examined the inland waterway transportation (IWT) sector in the hinterland of the Port of Hamburg – together with the Institute of Shipping Economics and Logistics (ISL) and PLANCO Consulting.

IWT plays a significant role for the economy in the German federal states along the northern and northeastern German waterways. In addition, the unused transport capacities on the waterways, the increasing pressure for greening, and the potential resulting from digitalization and automation offer new opportunities for IWT. 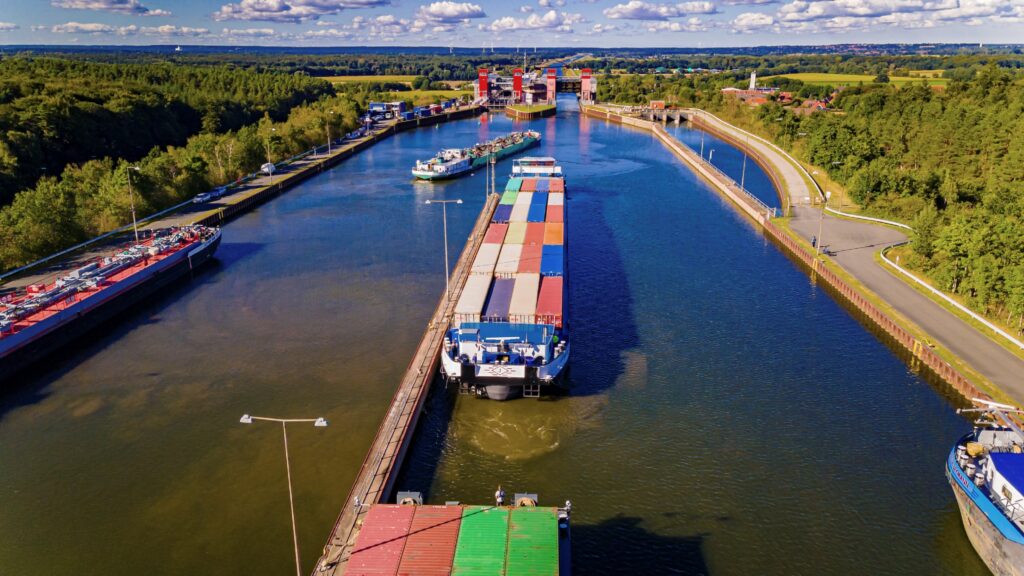 The Scharnebeck ship lift (near Lüneburg) currently represents a critical bottleneck for inland waterway transportation in the hinterland of the Port of Hamburg (Source: Port of Hamburg / © grüneflügel)

In addition to market analyses, modal shift potentials, and infrastructure considerations, the study also includes concrete recommendations for action for the involved stakeholders, e.g., with regard to waterway infrastructure maintenance needs, possible measures to reduce emissions, and harvesting the benefits of digitalization in IWT. The key findings of the study were presented to press representatives and the general public at a live online press conference on 26 August 2021.

The DST primarily worked on the topics of modal shift potential, ecology & emissions, transport and digital infrastructure, and recommendations for action. Mrs. Friederike Dahlke-Wallat, Mr. Dieter Gründer, Mr. Jonas zum Felde, and Mr. Cyril Alias were involved in the preparation of the study.

The entire study, as well as the recording of the online press conference, can be accessed at the following web address: https://www.hafen-hamburg.de/de/presse/media/studie-binnenschifffahrt/ (in German only)